Hipstory: I’d Tell You, But You’ve Probably Never Heard Of It

A play about hipsters, the quest for identity, and brewing coffee

In Hipstory, two suburbanite hipsters take you on a journey through their pasts, where you will meet cave people hipsters, samurai hipsters and even a Dutch coffee trading hipster. You will also encounter recognizable hipster motifs, such as second hand clothing purchases, overly manicured facial hair and being so original it physically hurts. Oh yeah, it also talks about identity and some other stuff. Whatever.

Hipstory: I’d Tell You, But You’ve Probably Never Heard Of It is a play about the trials and tribulations of being yourself and the pressures of growing up, feeling the need to justify yourself to everyone around you. Since I was 4 years old and up until I was around seventeen, I loved hip-hop; the music, the clothing, the culture, and yet time and time again, I was told that due to my skin colour and my upper middle class background, that I could not be a part of it. I didn’t understand. I loved it so much. I didn’t feel that it WAS me, that I was hip hop incarnate, but that it was part of who I was, my identity. And why couldn’t it be? Was it cultural appropriation and disrespectful to listen to it hip-hop, for me to freestyle rap? I didn’t think so.

Hipster, which some would argue is a specific subculture and identity, is often called out for being a pretentious character, a poser who is into weird, obscure trends, ironically rekindling outdated fads, simply to stand out, and be different. Most people can conjure up the archetypal image of a hipster in their minds; the well-manicured facial hair, the large framed glasses, the ugly sweaters, and the undying affection for coffee shops and vinyl boutiques. As the writer of Hipstory, I saw hipsters as a starting point for a discussion about being true to yourself and not worrying about how others perceive you. What if you legitimately enjoy coffee, music on vinyl and wearing vintage clothing? Isn’t that you just being you? Do you have to justify who you are to anyone else or is it really about being comfortable in your own skin, no matter how you are labeled? And even if you are simply trying to appease, to fit in with societal norms, to be part of a subculture and that gives you comfort, does that mean you are inauthentic? I think this play asks a lot of these questions and doesn’t necessarily give you simple answers, because, to be honest, this play has no right to tell you how to feel about who you are. The only person who can answer such personal questions is you. This play simply presents an ongoing dialogue about identity and how we can relate to it.

The characters of the play, Hip Guy and Hip Girl, attempt to create a theatrical timeline, a “hipstory”, to tell the audience about who they are and where their identity comes from. It’s as if they need to find a historical context and basis for being a hipster. The characters feel, as I, and I am sure, others have felt, that one of our tasks in life is to define exactly who we are as individuals. I believe we, as humans, like to define abstract concepts, because if we define them, we are more secure in understanding them. But I don’t think the task of defining yourself is simple, or necessary, even. I think that identity is an amalgamation of our experiences and since we keep having them, we are constantly changing. The process of evolving one’s identity is represented in Hipstory by employing a different theatrical style in each scene of the play; the characters use the changing styles to tell their history.

For me, identity isn’t a linear narrative that we can pinpoint down, but is a snaking, sometimes cyclical, and spontaneous journey. Some parts of my identity have been slow processes of integration, while others have been amalgamated rapidly. Both the slowly developing changes, and the in-the-moment, sudden changes of my identity are equally legitimate and authentic. The characters of this play want to fit in so bad, but fail to realize that the term “fitting in” suggests that there is a specific space for you of a certain size, with your name on it. Being that some of us are in constant flux, navigating into such a tight position is difficult. And yet the specific space is set by societal norms, which are also constantly shifting. So is there really such a thing as fitting in? Momentarily, yes. The characters of this play try to come to terms with accepting themselves, rather than continuing to seek external justification for who they are.

Bronwen Marsden graduated from Montreal’s Concordia University with a BFA in Theatre and Film Production in 2008. An avid theatre-maker since she roped her Grade 3 classmates into creating an original, site-specific piece in her mother’s rock garden, she has since gone on to work in many aspects of theatre production, from writing to acting to directing to stage managing to producing. Credits include As You Like It, The Two Aparts, The Tragical Comedy of Professor Punchinello, and Three Sisters in Langley. After a bit of a hiatus, she’s absolutely thrilled to be working with Spec Theatre on this production, and to be demystifying the evolution of the modern day hipster – the most important work of our time.

Joanna attended the BFA Acting Program at UBC where her highlights included King Richard and His Women, LaRonde, Beautiful Thing, Big Love, Life After God, and Mother Courage. Upon graduation she worked with Untamable Shrews, UBC Theatre, Seven Tyrants, BC Buds Festival, Enlightenment Theatre and Ashwood Theatre Society. Hipstory is Joanna’s 2nd show with Spec Theatre, last year she had the privilege of performing in their one women show Sid:The Handsome Bum. Joanna wants to give a big shout out to her director Bronwen Marsden, Ruby Arnold, co-founders Hilary Fillier, Ira Cooper and you the audience for being a part of this journey.

“Art is written on the wind” – Peter Brook

Brianna is an actor, director, producer & writer originally from Vancouver Island. A graduate of the Bachelor of Performing Arts program at Capilano University, Brianna’s collaborative spirit has driven the course of her career. Her last time on stage was as part of the 2015 Vancouver Fringe Festival in the musical play “Leftovers”, which she also wrote. Brianna is half of the YouTube duo Girl on Girl Humor and most recently won a Storyhive grant to produce her web series, “Girls vs. The City”. She has spent much of the past 5 years traveling the world, and filming it for the travel series A Brit and a Broad (www.abritandabroad.com). Here, you can find her thoughts on travel braggers, how travel and the arts go together, and where to get a good michelada in Mexico City.

Ruby is an emerging Canadian multidisciplinary artist currently living in Vancouver, BC. Ruby makes things, and many of those things are artistically inclined. Her work shouts and whispers playfulness and variety. No medium is off limits, and exploration is certainly part of the process. Drawing, painting, smearing, coding, sewing, and gluing are things you can find Ruby doing. Colour and light are themes explored in depth, done so with an everlasting curiosity for experience, knowledge, and humour. She strives for authenticity, both in her art and life.

In 2013 Ruby received her Bachelor of Science degree from the University of Victoria’s Fine Arts Faculty for completing a combined major in Visual Arts and Computer Science. With her advanced technical skills, she dives into the vast expanse of creative potential that digital media provides to artists and makers of all types. Interactive, installation, and generative are words that fill this lady with excitement. Her work has been shown at the University of Victoria’s 2013 BFA Grad show “Work”, the 2014 and 2014 Integrate Arts Festivals, Sequential Circus 16 in 2015, and The University of Victoria’s Legacy Art Gallery in 2015. In real life Ruby does not talk in third person.

Since Jasmine Price first became an older sibling at Age 5, her love for telling stories ~and others what to do~ had begun. As the creator of the Mother Mother Musical, “Oh My Heart” back in 2013, coming from an improv background along with singing and dancing, she was pleased when she graduated from the Acting for Stage, Screen and Voice-Over Diploma intensive at SchoolCreative. Leaving with a fresh outlook for showcasing local talent as well as reminding others to make time to laugh, Jasmine couldn’t be more excited and proud to be Stage Managing for Hipstory and hope you enjoy the show! 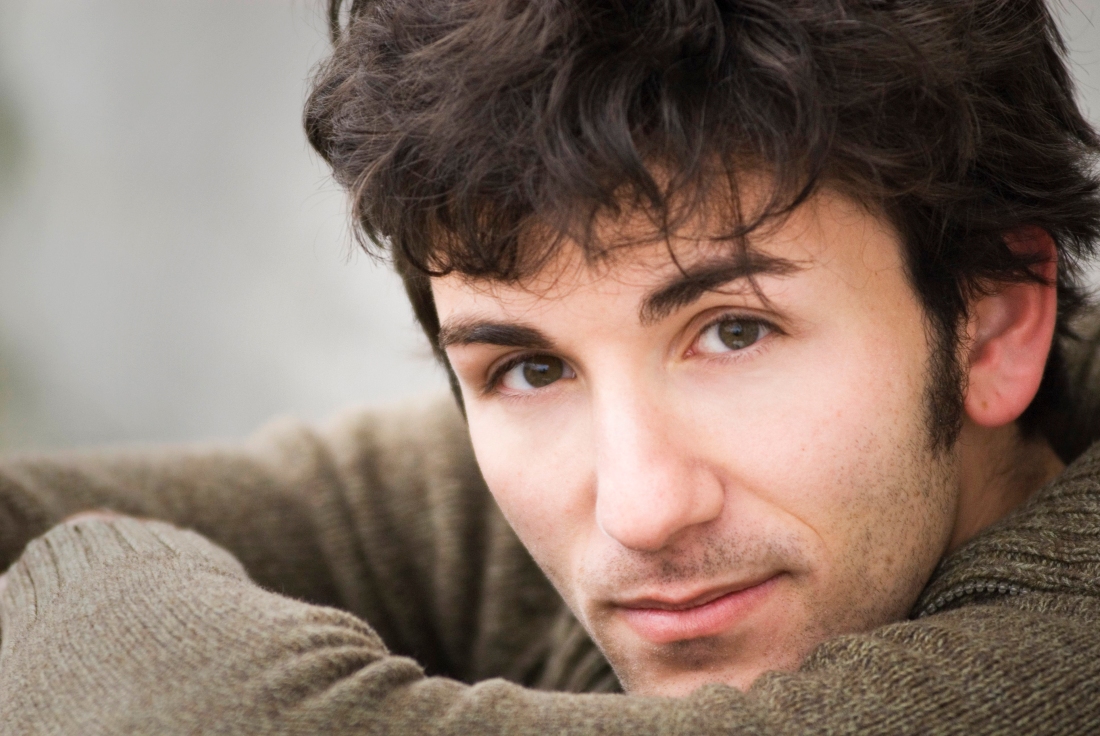 Ira is a graduate of the University of British Columbia’s BFA program and co-founder of Spec Theatre. He is fortunate enough to have worked with The Nelson Historical Theatre Society, Delinquent Theatre, MITACS, Miranda Productions and Beijing’s White Nights. He is looking forward to working on the next, the next and the next show with Spec Theatre. Ira is extremely indebted to the amazing people on this team who were willing to collaborate with him to bring Hipstory to fruition. “Want to collaborate, convene, communicate ideas, wade through thick as mud plots, reinvent the square? Reanimate Artaud or Bunuel? Consider the step beyond the fringes? Please contact me.”

Hilary is a graduate of the UBC BFA Acting Program. Among writing, acting, and newly stage-managing, Hilary is also a co-founder of Spec Theatre. Some of the highlights of her career include: Midsummer Night’s Dream, Mother Courage, and the numerous dirty Haikus she can’t help but write. Hilary was thrilled to be a part of Spec Theatre’s first show and looks forward to Spec’s exciting upcoming projects.

What Has Been Said About Spec Theatre’s Previous Work:

“…a cleverly written play backed by a strong performer.” – Alison (Vancouver, BC)

“Sid the Handsome Bum rips a veil of privilege from the audience. Those silenced in our community are empowered, given winged voices that must be heard.” – Elisabeth (Vancouver, BC)

“You lose the stage and fall victim to empathy. Whatever your stance or preconceptions, you feel what Sid feels and I implore everyone to experience the tragedy and comedy.” -Shawn (Mission, BC)

“Sid forces us to confront something we’re all used to ignoring everyday, and that alone made it worth seeing.” – Brian (Vancouver, BC)

“Rarely do you see a show so powerful. An intimate look into the life of someone on the streets. You will laugh and cry. You will leave feeling you should do more, ignore less.” – Louise (Vancouver, BC)